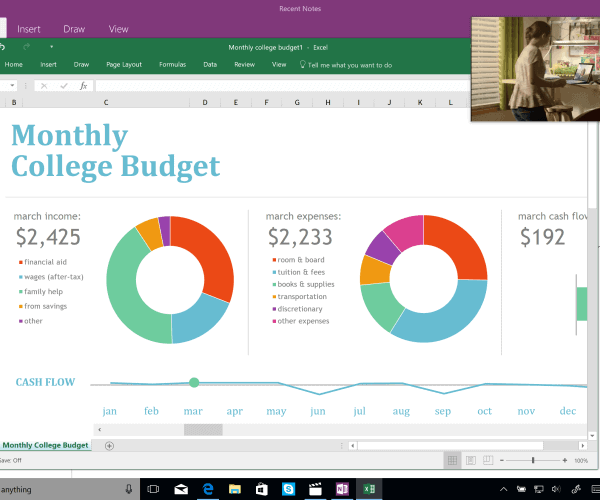 After a recent announcement from Microsoft, an upcoming Windows 10 update will include Picture in Picture.

Microsoft recently announced that with Windows 10 Insider Preview Build 15031 released to developers there will be a new introduction of a feature called ‘Compact Overlay Windows”.

This new feature will allow users to run a program within a small window that would be positioned or pinned above – or overlaying – another application. This Compact Overlap window appears to be very useful when dealing with videos such as YouTube or with Skype video conference calls where one would like to keep open another window or take notes while not closing or minimizing the video window.

While this new capability has been described to ‘work just like normal windows in all other ways,’ and has been expressed to developers as being painless to adapt existing and future programs to be compatible with the feature. It is unclear if this feature will allow the resizing of the window or if it will be used with the XBox One feature ‘Snap’.

As many are aware, Microsoft isn’t the only one’s who have decided to venture into the picture-in-picture display. Apple’s MacOS picture-in-picture was released last year but only functions within Safari and iTunes. Microsoft has announced that the Compact Overlay windows only are available to developers but that the Skype Preview and various Movie, TV and streaming video applications will utilize this feature very soon.