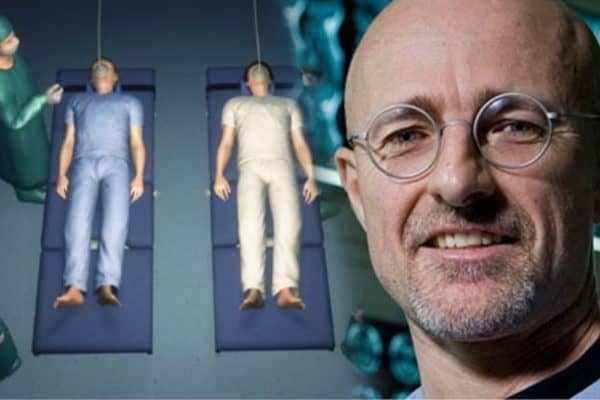 Sergio Canavero, an Italian Doctor who is also the director of the Turin Advanced Neuromodulation Group recently announced to the medical community and the world that he has ‘successfully’ performed the controversial surgery of transplanting a human head from one body to another.

This operation was carried out by a team lef by Dr Xiaoping Ren of Harbin Medical University in China. This 18-Hour surgery was performed on a corpse, Canavero reports providing that it is possible to reconnect blood vessels, nerves and the spine. This is another step in Canavero’s continued discussions that a living human head can be transplanted from one body to another.

While there has been much discussion – both for and against – both Canavero and the Neuromodulation Group reports that a full human head transplant is not only possible, but is close to being a reality.

Professor Canavero said that he soon plans to perform the transplant on two brain-dead patients. Once complete, his next claim is to perform the 18-hour operation on a living person.

“The first human transplant on human cadavers has been done. A full head swap between brain dead organ donors is the next stage,” Canavero said. “And that is the final step for the formal head transplant for a medical condition which is imminent.”

Almost immediately following the Friday press announcement the medical community has responded stating that the procedure is not only unethical and dangerous but could cause horrific problems and complications for the patients as well as endanger society as a whole.

The surgery reportedly took 18-hours – a time saving of nearly half from the original projection of 36 hours – which Canavero attributed to the techniques from his team and Chinese colleagues which was lead by Dr. Xiaoping Ren. There currently has not been any evidence released of the successful operation but Canavero did state that a paper would be released to the public in the next few days.

Canavero’s research that has been released to peer-review journals only include a small number in ‘Surgery’, this researching having been carefully edited to focus specifically on treatments for traumatic spinal cord injury. Another series had been published in the controversial journal Surgical Neurology Internal, a journal with it’s own reputation, were he laid out the original idea and process for “head anastomosis venture” also known as – HEAVEN.

“Indeed, attempting such a thing given the current state of the art would be nothing short of criminal, and as a neuroscientist, I would really quite like the general public to be reassured that neither I nor any of my colleagues think that beheading people for extremely long-shot experiments is acceptable,” said Jan Schnupp, professor of neuroscience at City University of Hong Kong. “It is not!”

James Fildes, NHS Principal Research Scientist at the Transplant Centre, University Hospital of South Manchaester said “Unless Canavero or Ren provide real evidence that they can perform a head, or more appropriately, a whole body transplant on a large animal that recovers sufficient function to improve quality of life, this entire project is morally wrong.”

“Perhaps far more worryingly, this endeavor appears to revolve around immortality, but in each case a body is needed for the transplant, and therefore a human needs to die as part of the process. Where does Canavero propose to get the donor body from if the goal is to tackle the laws of nature? And finally, if body transplantation becomes a reality, has Canavero considered how he will tackle acute rejection of the constituent parts of the head? What will rejection of the skin, muscles, eyes, and brain manifest as? I hope this is not just egotistical pseudoscience.”

“Aside from the complete fantasy of Canavero’s reported statement, that the natural course of life and death represents ‘genocide on a mass scale’, he presents no evidence that he can improve the quality of life of a human being, or an animal for that matter, by performing a head transplant,” said Dr Fildes.

Professor Canavero has stated that more procedures will be carries out in China since the “Americans did not understand.” Canaver has been reported as seeing himself as a modern day Copernicus or Galileo – a scholar and scientist that is so far ahead of this time that many view him as heretical, unethical or dangerous. Some have also stated that he could be none of these and simply a sales man peddling wares and trying to sell snake oil to the masses.

Canavero has found a willing subject – Russian computer scientist Valery Spiridonov who suffers from Werdnig-Hoffman disease. This musce condition has left Spiridonov in a wheelchair and Canavero emphatically fights saying he deserves a chance at life if he can get one and that this procedure is his only option.

If Canavero can prove himself and convince the medical community that his ideas are feasible – through small advances such as reconnecting nerves of people with spinal cord damage or degenerative diseases – the community and public may be more understanding and supportive of his actions. At this time, many feel this procedure will likely provide Spiridonov with an accelerated death rather than a new lease on life.

What do you think? Should Canavero continue with his research and procedures? What are the social and moral implications you see? Would you volunteer for this procedure if it was your only option?