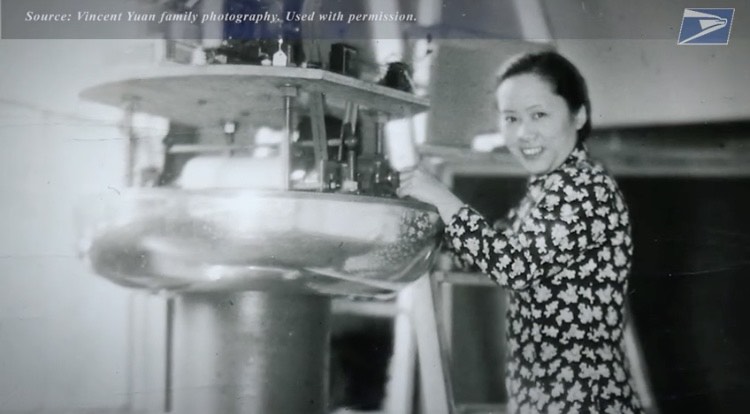 Chien-Shiung Wu – a Chinese-born American scientist who’s involvement in the scientific and Physics communities pushed the boundaries of our knowledge as well as emphasizing the growth and need for women in science will be honored with a U.S. Postage Stamp on International Day of Women and Girls in Science .

Her experiments not only received Nobel Prize’s starting in 1956 but in 1973 an Asteroid was named after her and received the National Medal Of Science in 1975.

Chien-Shiung Wu‘s nuclear physical career spanned 40 years and included an experiment on parity violation which had a monumental impact on the particle theory of the time – causing much upheval in the scientific community as well as the Manhattan Project.

Prior to bringing these life changing events to hand, Wu had received her graduate studies in physics at the University of California at Berkeley in 1936. Her professor, Nuclear Scientist Ernest Orlando Lawrence, was awarded a Nobel Prize in 1939 for inventing cyclotron.

Once Wu had received her Ph.D – she became the first woman hired as a faculty member in Princeton University’s physics department before her departure to Columbia University in New York

What Was The Parity Experiment?

Tsung-Dao Lee and Chen-Ning Yang, two theorists wrote a paper in 1956 suggesting that parity may not remain symmetrical in certain conditions where particles are decayed. This went against the current understanding of parity at the time.

Chien-Shiung Wu was recruited to consult on the experimental design.

In the mid 1950’s it was fairly well understood that, within physics, nature did not distinguish left from right and that everything that happened was in complete symmetry. This would purport that it would also occur at the subatomic level although this was purely hypothetical – thus ‘parity’.

With at the time current testing available, this was true in electromagnetic interactions although a 1956 experiment showed that parity conservation did not maintain true when involving radioactive decay. These decaying particles allowed the scientists to identify left from right.

“It was an incredibly important experiment, and she was an amazing scientist,”

By using her recommended radioactive isotopes, cobalt-60, the scientists involved discovered parity violation. The experiment was later known as the ‘Wu Experiment’.

What About The Manhattan Project And Other Contributions?

Chien-Shiung Wu also contributed to the uranium enrichment research associated with aiding the Manhattan project during World War II. While many of the specifics of her involvement are still not publicly available we can only speculate to the advances made.

The U.S. Postal Service reports that Wu’s postage stamp will be illustrated in egg tempera paint featuring a traditional black and white gipao with a lapis lazuli background.

We want to feature more stamps involving scientific figures and hope that this engages the viewer to ask more questions about who they were and the work they contributed to science.