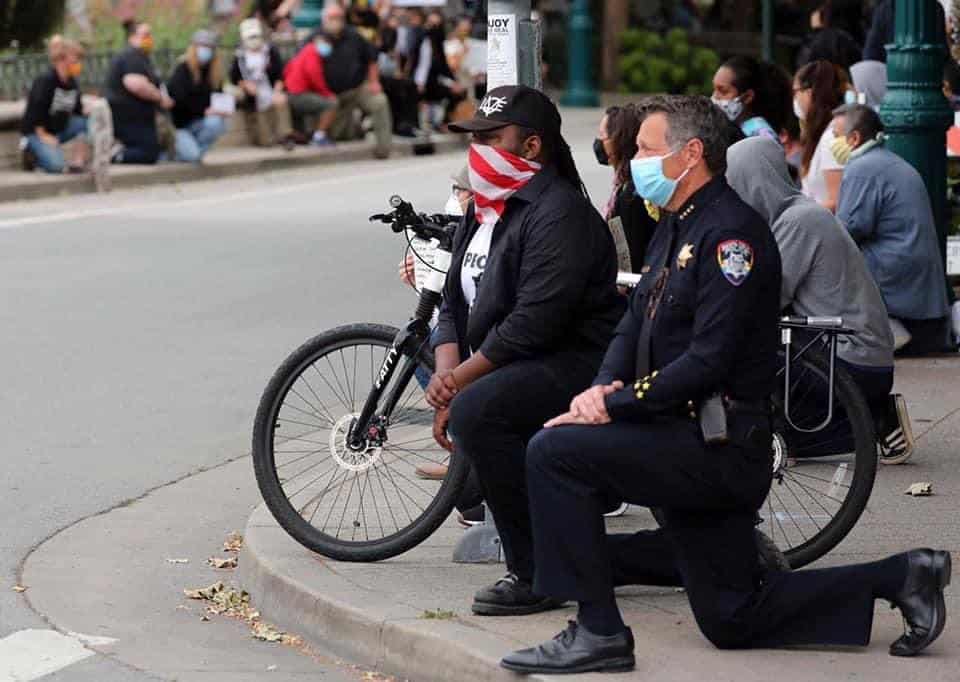 With recent events aiding in the expediting of addressing and resolving police brutality and racism, California’s Santa Cruz is now the first U.S. city to ban the policy of predictive policing. This change has caused digital rights experts to discuss the potential of similar moves across the county.

“Understanding how predictive policing and facial recognition can be disportionately biased against people of color, we officially banned the use of these technologies in the city of Santa Cruz,” Mayor Justin Cummings said to Thompson Reuters
on Wednesday.

In a Facebook page post, the cities first male African-American mayor expressed he and his team would “help eliminate racism in policing”.

Predictive Policing is a method of enforcement that utilizes algorithms to interpret police records, arrest data, parole files and can aid officers in targeting repeat offenders. This process has even been used to highlight local areas where crime is more likely to occur.

Critics report that this only reinforced and promotes racist patterns of policing in low income, ethnic minority neighborhoods which have already been overpoliced, promoting the areas to ‘hotspots’ furthering higher police activity.

“As Santa Cruz rightly recognized, predictive policing and facial recognition are dangerous, racially biased technologies that should never be used by our government,” said Matt Cagle, a lawyer with the ACLU.

As further scrutiny has been applied to the processes being used, the Santa Cruz firm, PredPol Inc, has reported that they ‘will not perpetuate bias’ among other criteria in support of the city’s resolutions.

“Given the institutionalized state of racial inequality in America, this is a legitimate filter to be applied to any new technology acquired by a public entity, whether used for public safety or not,” it said on Twitter on Tuesday.

On Wednesday, a vote to ban face surveillance technology was had in Boston’s city council.

“Lawmakers across the country have a responsibility to step up and dismantle surveillance systems that have long been used to repress activism, target communities of color, and invade people’s private lives,” Cagle said in emailed comments.

Roya Pakzad, a researcher based in Santa Cruz who also founded the human rights group Taraaz, advised campaigners would continue to push for more control and limits on policy use of technology as well as requiring community approval of any new surveillance tools.

“What is still missed in this ordinance is a requirement for public transparency and oversight,” she told the Thomson Reuters Foundation.