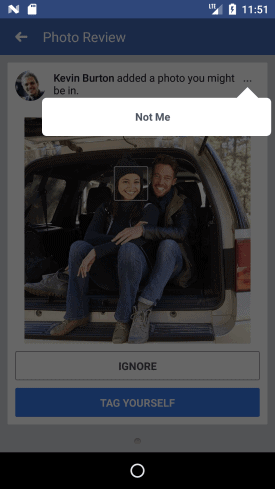 Facebook has recently announced they will be utilizing a new, optional, tool that include face recognition technology which is designed to alert users if someone uploads a photo of them to Facebook. This tool has already been released and can currently be used.

This technology may seem familiar – it is has been the core backbone to the piece which tells users suggestions of friends that they may wish to tag in photos they upload to Facebook since 2010. The spin to this though, is that the technology will actually find photos that you would like to be tagged in but are not currently tagged. The added benefit, it could be used to detect when others attempt to use your image as their profile or cover photo.

A feature in addition to the above – there is also an introduction for the visually impaired to get a better understanding about who is in the photos they may encounter while on Facebook.

Facebook reports that this option was made available after they had received a large number of comments and requests and as such have implemented them with a simple ‘On/Off” toggle control. If your tag suggestions setting is currently set to “none” then the default face recognition settings will be “off” and will not automatically change.

Facebook reports that one of the main reasons that this new technology was originally implemented was to ensure that people feel confident and safe using their application. To that end – when someone posts a picture of themselves especially as a profile picture, they would receive an update or a message that someone else was using their picture as their own. This is an attempt to thwart fake and impersonating profiles.

What are your thoughts?

What do you think about this new technology? Do you think it will help improve your user experience and how you feel about Facebook as a whole? Do you see any security issues or problems that may arise from this technology?