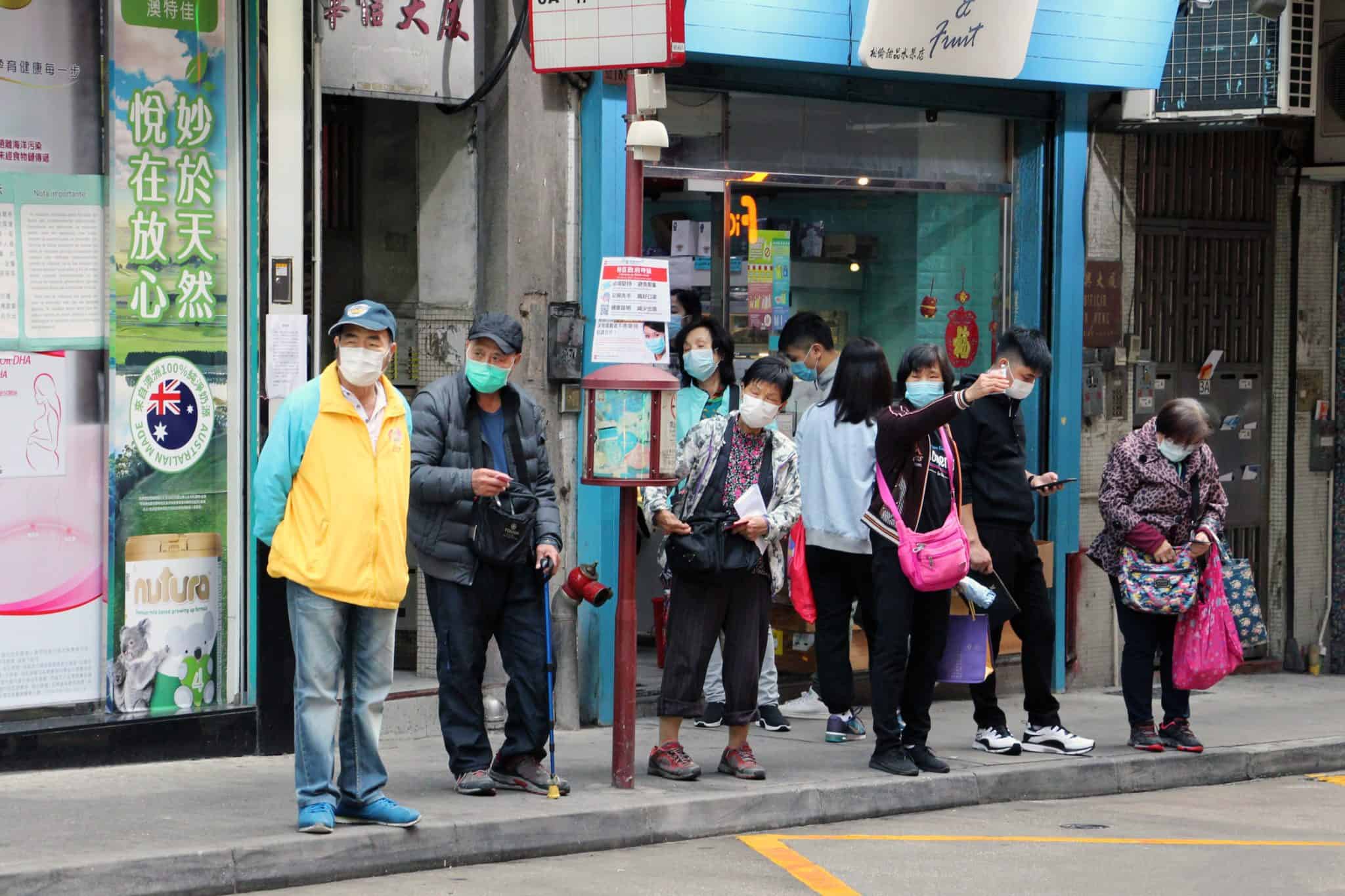 I am sure that most of you are wondering why, especially with everything going on in the world today, that someone would be posed with the thought about how facial recognition software has been impacted by the world events over the past 6 months – especially in The United States.

Perhaps it is from extended hours at the house – like many of us – finding things to do with that extra time that used to be taken up by a commute or other activities. Perhaps it is just a general curiosity about how the world works and how things are being changed – good or bad – by those events.

To preface everything – this is just an Editorial – a series of thoughts from the author with no ‘answer’ to be found but rather an article with intent to provoke thought on something that ‘is’ but something that many of us may not consider.

How It Used To Be?

Oh the good old days – when you used to be able to show up at the gas station, hold up your wallet and the attendant would give you the nod followed by a flip of a switch.

The pump would hum as it turned on, followed by the faint smell of petrol wafting out of the area all while wiping a small bit of perspiration from your brow.

Maybe a friend jumped out of the car, asked if you wanted a Coke and then proceeded to lightly jog into the station, the faint sound of the bell ringing as a semi-truck passes by, shifting down before the stop sign ahead.

The bell from the pump sounds that it is full and you start closing up the tank, pulling your keys out from your pocket.

Suddenly, the ‘ping’ of a door flying open fills the quiet – your friend high tailing it out of the station with 2 cokes, a bag of hot peanuts and yelling ‘START THE CAR’.

You scramble, dropping your keys in the panic.

Nearly jumping to the ground you grab the keys and a hand full of dirt, launch yourself into the driver seat and take off out of the gas station parking lot like something from the Dukes of Hazard.

The gas station attendant runs out, squinting to read the license plate as the car kicks up dust – fist shaking in the air, screaming obscenities and threats of police.

The attendant was unable to follow up and press charges because the plate was indistinguishable, each make and model more common by ratio, the he individuals uknown nor a good way of contacting officials.

Back in the early 1960’s there is a good chance that this scenario could have played out – perhaps this is a story I had heard as a child of ‘teenage hoodlums’ and things only of foggy memories.

Hypothetically, the two boys laughed about this event and subsequently getting away with it, for decades.

Lets take the same scenario but shorten it up a bit and bring it to 2020.

Same two friends, same one buddy is pumping gas while one is running in for a soda.

Friend two comes flying out the door yelling to the buddy to get the car started – they both jump in, peel out and leave the gas station in the rear view.

Both events the friends leave the scene without immediate issue.

The difference that comes into play between the first and second scenario is that in the second instance – the two friends are going to be getting a fine or going to jail fairly quickly – depending on which crimes were actually committed.

From the start – as the two are en route to the gas station – there is an extremely high chance that they both have cell phones and their locations are able to be tracked either by applications installed or simply cell phone tower locations. They are instantly placed at the scene of the crime.

Once they get onto the gas station’s property – the camera system easily tracks the vehicles color, make and model. Once they pull up to the pump, another, higher quality camera takes photos of the vehicles license plate. This data is saved locally and increasingly – being uploaded to a central data repositories for quick access.

Now the driver gets out of their vehicle and starts to pump gasoline. For most of us in the United States, pay at the pump systems have become a normal occurrence for years but some smaller towns are even opting for them during the COVID-19 pandemic.

At this point their options are to pay with a card ( theirs or otherwise, which is a different crime ), or go inside and pay but either way before the gas is pumped, it is somehow paid for and tracked to a specific user and bank account.

The friend who then goes inside, who is already on camera exiting the vehicle, will now be picked up by a series of cameras inside the station itself. While a higher quality camera inside the gas station or specifically at the check out has become more common, quality of the image has been a joke and problem within the law enforcement community.

The friend then grabs the coke and peanuts and runs out the door, screams to the driver and they take off.

Within minutes the police has been informed of the crime committed, the vehicle involved, it’s tag information, how many individuals were involved, their direction of arrival and departure and officers en route.

Fast forward to court and the prosecution has an extremely large volume of evidence to not only place each at the scene of the crime but what involvement each individual had in the crime.

For Or Against ‘The People’?

Without rehashing it too much, there has been debates over the years as to the level of surveillance and what is ‘reasonable’.

Reasonable is one of those words that can be debated till each side is blue in the face – and quite literally it’s been joked that some attorney careers have been based around debating the word ‘reasonable’.

Should the technology be used as a way to review the past and validate eye witness accounts or discrepancies in testimonies?

Should the technology be combined with other technology to produce something that can aid police and civilians with a means to better protect themselves at a lower cost and reduced potential threat?

Should the technology be privatized or government ran?

What is deemed public vs private? Do the two now intersect in some situations?

In any of these implications, the question also needs to be posed – at what point is it too much? When does a good idea have the potential to become a weapon?

Is This A Race Or Gender Issue?

The argument can be made either way – for or against – and when I say it can be made I mean that both sides have a significant volume of data to support their position.

It has been reported that the facial recognition software associated with retail or law enforcement has a bias towards being able to accurately identify certain ethnic groups and specific genders easier than others.

So – how does it work? This is an extra-basic explanation in attempts to aid those not familiar with the technology to grasp the broader concepts.

Similar to a fingerprint, a certain number of ‘points’ are produced at specific locations to create a match or a non-match within the system. The more points, the higher the chance/probability of accurately measuring a positive or negative match.

Lets say you need 75% accuracy to positively ID – can these points be picked up if they are from the bridge of the nose, distance between eyes, height of ears, etc and then if they can – how many of them do you need to distinguish relatives or the proverbial doppelgänger from limited data input ( mask, hat, glasses, etc )?

Sure it could be from a provided sample set – but in a recent article by the NY Times, it was discussed about the racist implications and background to facial recognition and how this practice has gone back to some of the first photos ever taken, not just recent events.

This is not a new issue but is one that has gotten worse with the advancement of technology.

In addition to race, multiple questions have been raised when the goal of utilizing the technology is to identify questionable results. Some studies, including the controversial 2016 Chinese Study attempting to identify criminal vs non-criminal based on facial structure, became more racially biased than otherwise.

These studies have been boiled over to larger companies such as Google who had some researchers investigate the possibility and implementation of an algorithm to determine sexual orientation.

How Does This Affect me?

I really don’t know outside from the fact that I am sure, walking around Downtown Denver, that I am some how being cataloged into a ‘faceless’ algorithm in attempts to identify me, my purpose, potential threat level or as innocently as what advertisement should pop up on my phone next.

While the human eye may not be able to tell the difference between gray hat, black sunglasses and cloth mask – be sure that Sauron and his eye are judging your walking gate, the distance between your eyebrows and ear, your different walking patterns within the store and even what Bluetooth devices you have attached to your cell phone – but that is another conversation… for another day.