A drone flying over Rabin Square in Tel Aviv dropped hundreds of bags of Cannabis causing multiple people to run from all over the Square to fill their pockets.

According to Jerusalem Post – the giveaway was created by a Telegram group called ‘Green Drone’ which advocates for the legalization of Marijuana throughout Israel.

Medical Marijuana is legal in Israel but recreational use of Cannabis remains against the law.

“It’s time my dear brothers. Is it a bird? Is it a plane? No, it’s the green drone, handing out free cannabis from the sky… Enjoy my beloved brothers, this is your pilot brother, making sure we all get some free love,”

Recent posts from Green Drone report that this is just the first of many events where they will be giving away free weed.

“We’re launching the ‘rain of cannabis’ project, that will include a weekly delivery to different parts of the country of 1 kilo of cannabis divided into free 2 gram bags,”

The Times of Israel reported that the ‘rain of Canabis’ may have more to do with a viral marketing attempt rather than legalization activism. The Green Drone channel is more commonly known as a marijuana delivery service.

Local authorities state they have arrested two individuals on suspicion of having been piloting the drone but we have not received confirmation at this time. 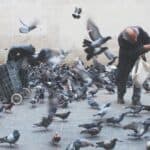