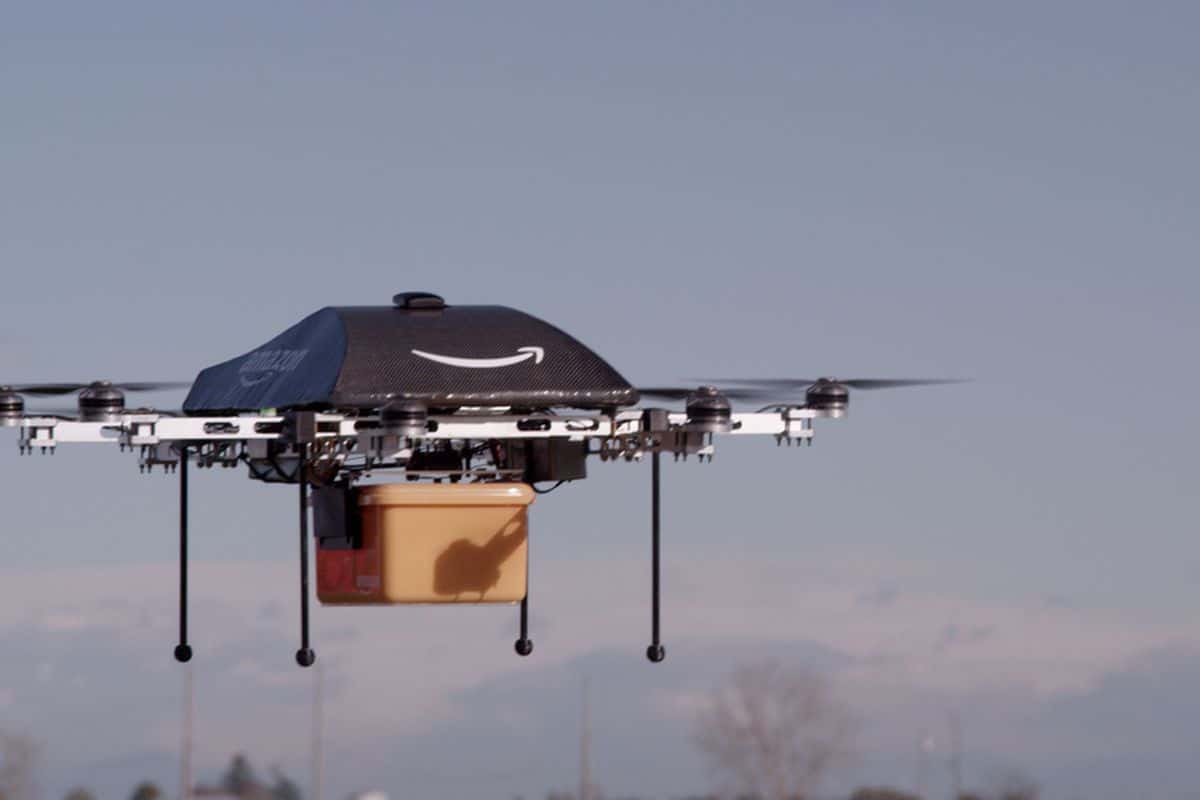 Monday September 1st 2020, Amazon revealed that the U.S. Federal Aviation Administration had granted the online retailer a Part 135 certificate which allows Amazon Prime Air to operate as an ‘air carrier’.

“The Part 135 certificate means that the FAA has investigated Amazon’s technology and program and determined that it complies with the agency’s safety and operations guidelines,”

This move now opens the door to Amazon being able to make commercial deliveries under a trial program focused on utilizing drone technology.

“This certification is an important step forward for Prime Air and indicates the FAA’s confidence in Amazon’s operating and safety procedures for an autonomous drone delivery service that will one day deliver packages to our customers around the world,”

With our world – ever changing as it is – the advent of drone deliveries could not only impact Amazon and customers in the positive but could also benefit the environment.

“The company’s goal is to offer reduced delivery times on certain items, with packages arriving in 30 to 60 minutes after the order is placed,” King said. “That should offer Amazon a competitive advantage in some markets and scenarios.”

You are not misreading this – the anticipated goal would be that a purchase made online would be delivered, to your pad, within an hour or less.

I can’t get pizza that fast.

“It is potentially both a lower cost and faster last-mile delivery system, keeping people shopping at Amazon and reducing the immediate need that might otherwise push them to a local store,”

Rob Enderle- president and principal analyst at the Enderle Group.

While the full implications and benefits have not been outlined – there have been discussions that the infrastructure in place could also be used to delivery medical supplies or aid in emergency situations.

King also stated that the intent of the deliveries, in part, are to prevent the ‘porch pirates’ who may attempt to steal packages before the buyer is able to pick it up and deliver the product directly to the buyer.

Higher security locations are ‘not a problem’ as Amazon anticipates house modifications for delivery pads.

“I expect we’ll eventually start to modify houses with landing pads for drone deliveries on top,” he predicted.

With the FAA’s approval, the door is now open to widespread adoption of drone delivery and business opportunities.

The Amazon approval follows similar actions given to Google and UPS. “Those approvals collectively showcase that we not only will have drone deliveries relatively quickly, but that there will almost immediately be both competition and oversight to assure low prices and higher safety,” Enderle remarked.

Alphabet’s Wing, which is owned by the same parent company as Google, gained Part 135 approval in April 2019. Since then, Wing, with partners Walgreens and FedEx, has been making drone deliveries in Northern Virginia. It has also gained approval from the Australian government to make drone deliveries in Canberra.

Drone deliveries in this area is needed due to the requirement of short transit time, biological containment material and traversing complex roadways in a ‘as the crow flies’ delivery manner.

What about Artificial Intelligence and Environmental Factors?

As the technology grows and solves problems it encounters including range, power, obstacles and man power – the addition of AI has proven to aid the overall process tremendously.

Birds, crime, buildings and powerlines have been at the forefront of the conversation – these environmental variables that generally require a trained pilot behind the controls.

The MK27, Amazon’s latest drone iteration, takes these challenges serious and focuses directly on them. Using AI to determine what is to be done when encountering a specific obstacle, the drone can attempt to evade, return home or standby for direct pilot control.

The MK27 uses a specific and custom visual interpreter and enchanced machine learning via algorithms to navigate these obstructions, document the correct path for future use and update how the object negatively impacted delivery.

While the MK27 is innovative, robust and feature rich including the ability to land and take off like a helicopter with the added benefit of being able to fly like a plane when at altitude, for faster travel.

“You need drone-enabled depots,” Enderle said. “Then you need coordination between drone service providers, enough drones to handle the workload and trained drone operators to manage the fleet.”

Infrastructure and manpower are probably the two most glaring needs that Amazon faces as they roll out the new drone delivery project.

“While many are certain to be interested or enthused about the service, there will likely be others who are irritated or angered when autonomous drones fly by their homes,”

While many of the regulatory and and legal implications revolve around financial means to gain compliance, there are specific safety items such as flying over a crowd which needs to be addressed well before the project is put into production.

One of the largest issues being faced is how the devices will be regulated when flying over homes, businesses and potentially individuals.

It is expected that by the end of the year the FAA will finalize the requirements for acceptable flight of drones over crowds, which is one of the largest issues being presented at this time.

That framework is expected to include rules requiring all but the smallest drones to broadcast their identities and locations, a measure aimed at thwarting terrorists and preventing midair collisions.

More regulations governing autonomous flights are also expected as well as standards for the drones themselves, such as what their acceptable level of noise should be.

Lastly – the FAA is working towards solving the issue of adding these new devices to the air-traffic system already in place. Low-altitude drones have been fairly unregulated but as increased traffic flows into the skies it is understandable that this will change – drastically.

Even with all these problems to solve – it has been reported that a number of production sites will be in use by end of 2021.

“I’d expect drone delivery to be relatively common in dense rural areas in many parts of the country before 2026.